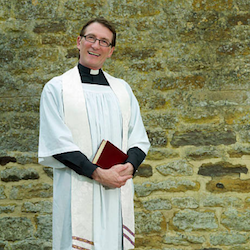 “I am persuaded that one reason why our working-men so universally keep clear of ministers is because they abhor their artificial and unmanly ways. If they saw us, in the pulpit and out of it, acting like real men, and speaking naturally, like honest men, they would come around us.”

Our subject is to be the minister’s common conversation when he mingles with men in general, and is supposed to be quite at his ease. How shall he order his speech among his fellow-men? First and foremost, let me say, let him give himself no ministerial airs, but avoid everything which is stilted, official, fussy, and pretentious.

“The Son of Man” is a noble title; it was given to Ezekiel, and to a greater than he: let not the ambassador of heaven be other than a son of man. In fact, let him remember that the more simple and unaffected he is, the more closely will he resemble that child-man, the holy child Jesus.

There is such a thing as trying to be too much a minister, and becoming too little a man; though the more of a true man you are, the more truly will you be what a servant of the Lord should be. Schoolmasters and ministers have generally an appearance peculiarly their own; in the wrong sense, they “are not as other men are.”

They are too often speckled birds, looking as if they were not at home among the other inhabitants of the country; but awkward and peculiar. When I have seen a flamingo gravely stalking along, an owl blinking in the shade, or a stork demurely lost in thought, I have been irresistibly led to remember some of my dignified brethren of the teaching and preaching fraternity, who are so marvelously proper at all times that they are just a shade amusing. Their very respectable, stilted, dignified, important, self-restrained manner is easily acquired; but is it worth acquiring?

Theodore Hook once stepped up to a gentleman who was parading the street with great pomposity, and said to him, “Sir, are you not a person of great importance?” and one has felt half inclined to do the same with certain brethren of the cloth. I know brethren who, from head to foot, in garb, tone, manner, necktie, mid boots, are so utterly parsonic that no particle of manhood is visible. One young sprig of divinity must needs go through the streets in a gown, and another of the High Church order has recorded it in the newspapers with much complacency that he traversed Switzerland and Italy, wearing in all places his biretta; few boys would have been so proud of a fool’s cap.

None of us are likely to go as far as that in our apparel; but we may do the like by our mannerism. Some men appear to have a white cravat twisted round their souls, their manhood is throttled with that starched rag. Certain brethren maintain an air of superiority which they think impressive, but which is simply offensive, and eminently opposed to their pretensions as followers of the lowly Jesus.

The proud Duke of Somerset intimated his commands to his servants by signs, not condescending to speak to such base beings; his children never sat down in his presence, and when he slept in the afternoon one of his daughters stood on each side of him during his august slumbers. When proud Somersets get into the ministry, they affect dignity in other ways almost equally absurd. “Stand by, I am holier than thou,” is written across their foreheads.

A well-known minister was once rebuked by a sublime brother for his indulgence in a certain luxury, and the expense was made a great argument.”Well, well,” he replied, “there may be something in that; but remember, I do not spend half so much upon my weakness as you do in starch.”

That is the article I am deprecating, that dreadful ministerial starch. If you have indulged in it, I Would earnestly advise you to “go and wash in Jordan seven times,” and get it out of you, every particle of it.

I am persuaded that one reason why our working-men so universally keep clear of ministers is because they abhor their artificial and unmanly ways. If they saw us, in the pulpit and out of it, acting like real men, and speaking naturally, like honest men, they would come around us.

Baxter’s remark still holds good: “The want of a familiar tone and expression is a great fault in most of our deliveries, and that which we should be very careful to amend.” The vice of the ministry is that ministers will parsonificate the gospel. We must have humanity along with our divinity if we would win the masses. Everybody can see through affectations, and people are not likely to be taken in by them. Fling away your stilts, brethren, and walk on your feet; doff your ecclesiasticism, and array yourselves in truth.