Full Atonement – Can it Be? 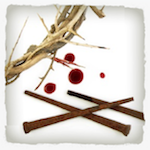 The title for this study is taken from the familiar hymn “Man of Sorrows”, in which the hymn writer first poses the question of all questions: “Can a sinner truly be made right with God?” and then, having believed the Bible’s answer of “Yes”, he excitedly concludes: “Hallelujah! What a Saviour!”

In Family Instruction Hour during the Fall of 2013 we explored the fullness of Christ’s work on the cross by surveying the six historical views of the atonement.

Proponent – Irenaeus was a western church father who lived in the 2nd century AD (d. 202). He was hearer of Polycarp, who was a disciple of the Apostle John.

Scripture – “That in the dispensation of the fulness of times he might gather together in one all things in Christ, both which are in heaven, and which are on earth; even in him.” (Eph. 1:10)

Summary – Christ came as the “Second Adam” to establish solidarity with mankind and retrace Adam’s steps so that mankind might recover its original condition.

Weakness – This view, especially in its Eastern Orthodox formulations, emphasizes participation more than substitution; potentially confusing the once-for-all nature of the atonement.

Proponent – Origen was a brilliant scholar, theologian, and apologist. He lived from AD 184-254 and is claimed as a church father in both Eastern and Western traditions.

Summary – In the fall, Satan gained a just claim over man, Christ came to annul this right through his death, the Devil was deceived in the deal and his house was plundered.

Weakness – This view is based on some sanctified speculation over what exactly occurred in the underworld during the time between Christ’s death and resurrection.

Proponent – Anselm of Canterbury was a benedictine monk who lived from AD 1033 to 1109. He is regarded as the founder of scholasticism and originator of the ontological argument.

Scripture – “And being found in appearance as a man, he humbled himself and became obedient to the point of death, even the death of the cross.” (Philippians 2:8)

Summary – Disobedience robs honor from God, the very nature of God requires that his honor be vindicated, so Christ came to restore God’s honor through the ultimate act of obedience.

Strength – This view rightly emphasizes the primacy of God’s honor, the nature of sin as a debt of obedience, and the place of merit in the covenant of works.

Weakness – The very concept of a voluntary act of supererogation which merits a reward which can be shared with others smacks of medieval scholasticism.

Proponent – Peter Abelard was a medieval scholastic theologian who lived from AD 1079-1142 and who was not impressed with the Satan-ward or God-ward views of the atonement.

Summary – Christ’s sufferings and death were intended mainly to soften man’s heart and to assure him that God is eager to forgive and be reconciled.

Strength – This view rightly emphasizes the emotive nature of Christ’s death. The very thought of his sufferings should move us to penitential tears.

Weakness – This view rejects the concepts of sin as debt, God as requiring satisfaction, and Christ’s death as propitiatory. Modern liberals have therefore resurrected this view.

Proponent(s) – During the 15th and 16th centuries, the debate over justification required a reexamination of the nature and purpose of the atonement.

Scripture – “But now the righteousness of God apart from the law is revealed… that he might be just and the justifier of the one who has faith in Jesus.” (Romans 3:21-26)

Summary – Man’s sin must be punished, God willed to save some men,  so Christ bore God’s wrath against their sin on the cross as an act of penal substitution.

Strength – This view “reconciles” the seemingly incompatible attributes of God’s Justice and God’s Mercy as they were simultaneously made manifest at Calvary.

Weakness – This view is somewhat “legal” in its scope and may not appeal to those who prefer more individual and experiential aspects of theology.

Proponent – Shortly after the reformed view of the atonement was developed, Dutch jurist and Arminian Hugo Grotius set for a modified version of the Moral Influence Theory.

Scripture – “For as by one man’s disobedience many were made sinners, so by the obedience of one shall many be made righteous.” (Romans 5:12-21)

Summary – Christ’s death appeased God’s justice in general terms so that man could be justified on the graciously “relaxed” grounds of repentance, faith, obedience, etc.

Strength –  This view affirms God’s sovereignty as the governor of all men, and somewhat accounts for the seriousness of sin and hypothetical necessity of Christ’s death.

Weakness – This view denies that Christ’s death was an act of penal substitution for actual individuals. It essentially leaves us with just another morality-based religion.